The 21st century is a century of digital citizens as technology has become the most important aspect of our lives. Having the knowledge of programming has become more of a necessity than an option and similar to the growing craze of coding, Ethical hacking has also become extremely popular these days. Everyone wants to become a hacker today especially the youth, but the truth is that hacking and becoming a hacker is not as easy as it is shown in numerous sci-fi movies, in-fact it takes years of practice and programming to become an Ethical hacking expert. There are several Programming languages used for Ethical hacking/ Whitehat hacking that are used extensively.

The increasing cyber-attacks have increased the demand for ethical hackers in the market and they are paid big bucks too. So, where should one start the journey, well the answer would be by starting to code in one of the programming languages suitable for Ethical hacking purpose.

Python is the easiest to learn among the programming languages and has worldwide fame in the coding community for its simplicity. It has played an important role in the writing of hacking scripts, exploits, and malicious programs and is thus known as the “de-facto language” for hacking programming. 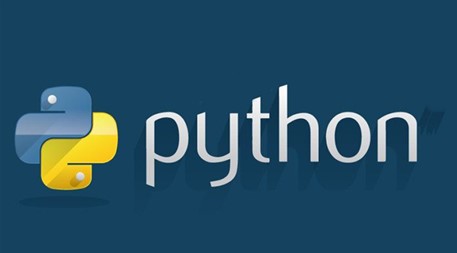 Python socket Programming can be used for finding the vulnerabilities of a system since Python code can be used for checking the security integrity of systems and it can also be used to exploit them.

It has a massive community and tons of pre-built libraries having powerful functionalities that allow for writing automation scripts, prototyping, etc. a lot easier.

Java is the most widely used programming language in the industry and was originally released with the slogan “write once, run anywhere,” intended at highlighting its cross-platform capabilities.

It is because of the “WORA” functionality that Java is the perfect programming language for hacking PC, mobile devices, and web servers, and its flexibility is appreciated by hackers all around the world.

Java has powered many legacies as well as modern servers and is still relevant despite popular belief. It is the best programming language for hacking into mobile devices. Using Java, one can create tools acting as a backdoor exploit or even exploits capable of killing an entire computer system.

Ruby is a simple but complicated web-oriented programming language that is syntactically very similar to Python and thus it got popular among ethical hackers in no time.

Ruby is one of the best languages for Whitehat hacking since it provides superior flexibility while writing exploits and this is why the famous “Metasploit penetration testing framework” was written in Ruby.

It has been used by hackers to hack and exploit multi-purpose corporate systems. Ruby is easy to learn but difficult to master and that is the reason why lots of companies such as Shopify, Twitter, GitHub, etc are looking for people who know Ruby.

Related- 29 Best Software Development IDE for Every Developer in 2020

JavaScript is widely used for client-side programming and web development purposes. With the recent introduction of Node.js, JavaScript has become one of the best programming languages for hacking web applications since now it provides a broader field of exploitation to the hackers.

Security experts often use JavaScript for developing cross-site scripting hacking programs to mimic the actions of a black-hat hacker. Powerful hacking tools such as Burp Suite also rely on JavaScript code to perform exploitation and detect vulnerabilities in a system. It can be a bit difficult to learn for beginners but surely can be mastered over some time.

Despite being one of the first programming languages, C/C++ is highly preferred to crack corporate software that comes under a proprietary license and require paid activation.

It is the best option for exploiting desktop software and reverse engineering their features. They provide great functionality and control with a collection of predefined classes. C language has a low-level nature that allows security experts to access and manipulate system hardware and lower-level resources.

The above-mentioned programming languages can prove to be quite useful if you are doing penetration testing or checking for security breaches to rectify them or for any other hacking purpose. Hackers all over the world actively code in these languages to find faults in systems or gain information about potential targets. Now go on, get started in one of these languages.

Apple Airpod Max Vs Sony WH-1000XMA4: Which is Best Value for Money Deal?

How to recover files on your PC using Recuva

How to Get GitHub Student Developer Pack in 2021

Top 29 Websites to get Free Usernames and Passwords

Shashiraj Walsetwar - March 14, 2022 0
The decision to buy the right computer is influenced by many factors, budget being the foremost one. Whether you want to purchase a Mac...